In April, I was lucky enough to take a trip to Brazil. I first spent a week by myself in Rio (which apparently I was crazy to do, which nobody told me until the week before I was leaving. Apparently Brazil is slight dangerous but if you let that deter you from going then you probably don’t deserve to go in the first place lol). During this week I read a lot, sightsaw (is that a word?..sightseed?), and took a lot of selfies, cause #solotrip.

The next week I headed to Salvador in the state of Bahia, and this part of the trip was particularly meaningful for me, because Salvador is the city with the highest proportion of Afro-Brazilian citizens in the whole country. The state is extremely proud of it’s Afro-Brazilian heritage, and everywhere you turn black history and culture are celebrated, despite the fact that black Brazilians still are underrepresented in politics (the mayor of Salvador is white), and deal with horrible injustices every single day.

Even better, I was lucky enough to experience this with 11 other black women as part of a Travel Noire Experience. I signed up for the trip on a whim, as Brazil was not even on my upcoming travel radar, but I was doing it really to see if it was really so hard to get the trips, that generally sell out in an hour and a half. As it turns out, it’s not that difficult. Within 6 months I was in Salvador engaged in a jam packed week of activities that included surfing, samba and Afro-Brazilian dance and capoeira. We all agreed we definitely got our money’s worth.

One of the most poignant issues that arise when a group of educated woke black girls head to a city with a largely black populace that has been historically subjugated, is the issue of representation and agency. As we were led on a walking tour through downtown Salvador by  a relatively white tour guide, who was trying to teach us about the injustices that black Brazilians are subjected to daily, many of my fellow travelers were visibly uncomfortable with who was telling the story.

We had one other important storyteller on the trip with us. All Travelnoire experiences come with your own dedicated photographer, committed fully to capturing your experience for posterity, so you don’t have to be on your iPhone all the time taking ugly pics. Andre Perry, who we were lucky to have, chooses as his focus “Happy Black People” and from the pics below you can see he has a definite knack for bringing out black folks’ happiness.

On the day that we shot the image that I used for the featured image for this post, I was far from happy. I had lost one of the mementos that I value and cherish the most somewhere in the streets of Brazil and had spent most of that morning sobbing in despair. I sucked it up, however, determined not to ruin the last day of what had been an amazing trip so far, so I put on my new Jae Jolly caftan and went out to shoot with Andre. The image that resulted from that few minutes turned into my most liked, shared image on Instagram ever, coming from my worst morning in a while. You can probably agree that Andre really has a specific talent for tapping into joy.

In a world where black people are so often represented in scary, aggressive, ignorant and just overall NEGATIVE ways, it is inspirational that someone is focused on just representing us in our most joyous versions of ourselves, to make an effort to help reverse the centuries old negative imagery that is so familar. Andre is bringing that inspiration to people’s homes in his first book of photography aptly titled, “Happy Black People: Volume I” which is available for purchase online now.

Thanks so much Andre for the beautiful pictures of our beautiful memories and I hope to shoot with you again soon!

As for me, going on a trip with other black people to learn about the lives and experiences about global black communities was amazing. Can’t wait for my next TNExperience! 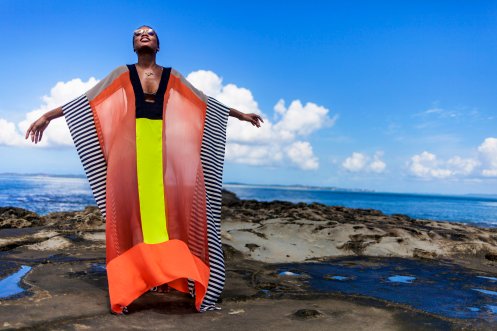 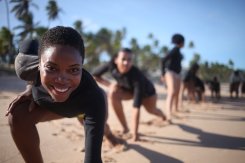 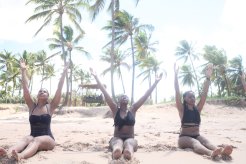 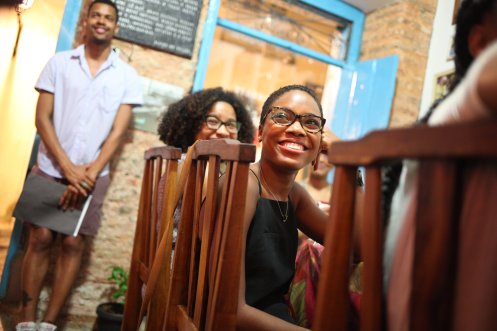 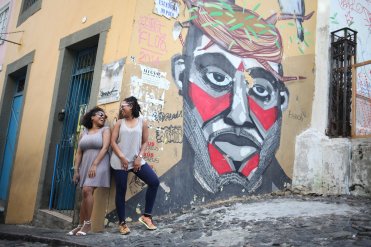 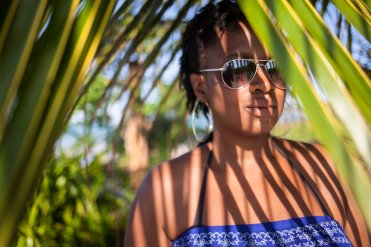 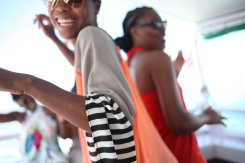 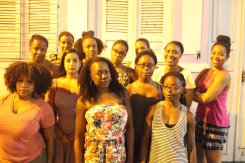 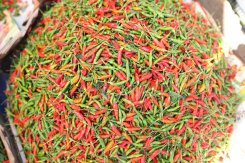 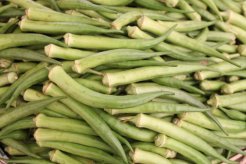 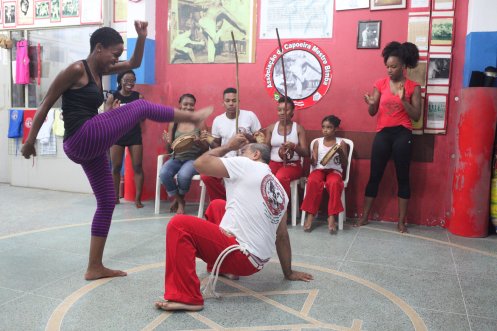 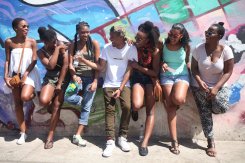