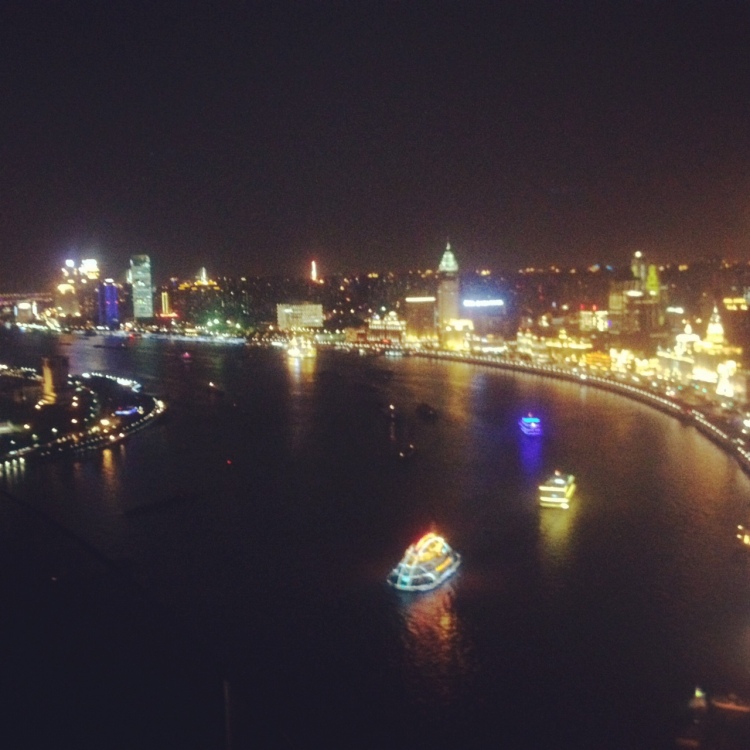 I haven’t posted anything in TWO WEEKS.
I’m really sorry but I’ve been falling in love with Shanghai.

Shanghai is one of the most unexpectedly enjoyable cities I’ve been to. It’s extremely accessible, in the literal sense, by metro or extremely cheap taxis, and in the figurative sense. We’ve had great meals in great restaurants and been on the rooftops of fabulous clubs with no attitude from bouncers or waiting outside in long lines in the cold (*cough*likeNewYork*cough*). Certain services are remarkably efficient, like the metro, the International Health Services Center where I went for a medical check up, and the Visa office where I spent a relaxed half an hour applying for my visa to be changed. Certain places could learn a few lessons (*cough*likeTrinidad*cough*).

I of course have a major difficulty still in the fact that I don’t speak Mandarin, but I am pleased to say I have picked up a few useful phrases:

I don’t understand – Wo bu dong

Can I have the bill? – Mai tan

Yes, after a month in China, these are the only things I can say. But I’m managing. I have most trouble with taxi drivers who in general don’t speak a word of English. I am a very good navigator and I’m getting to know the city quite well so imagine my frustration when a taxi driver decided to take me on a CITY TOUR the other night when I was trying to get home and ended up charging me twice what I should have paid.. It irritated me that I couldn’t tell him I knew he wasn’t taking me the most direct way and thus, ripping me off. The next thing I need to learn in Chinese is “Yo! Where the fuck are you going though?”

I’ve also been doing a lot of my own research on the city I live in. On the suggestion of a couple friends (Thanks Taheera and Tu!) I quickly read and finished “Shanghai Girls”, a historical fiction novel by Lisa See about women from Shanghai beginning in the early 20th century, and am now on to the sequel, “Dreams of Joy” which continues to provide an overview of 20th century Chinese history that I may not have learned any other way. It’s helping so much to put things that I don’t necessarily understand in a historical and cultural context this way, and I encourage anyone to read them if they want to learn a little more about China and also a fascinating tale woven by an excellent storyteller at the same time.

For those of you who are more visual and time strapped I want to share with you an animated infographic that my teacher shared with my class yesterday that echoes a lot of the history I’m learning as well as some of the cultural differences I am being exposed to. It’s very cute and funny but very informative at the same time. Enjoy!
(Okay so just learned the hard way that ghetto wordpress won’t let me embed video without paying sooooo here’s the LINK to that great video!)

One thought on “Where I Am”